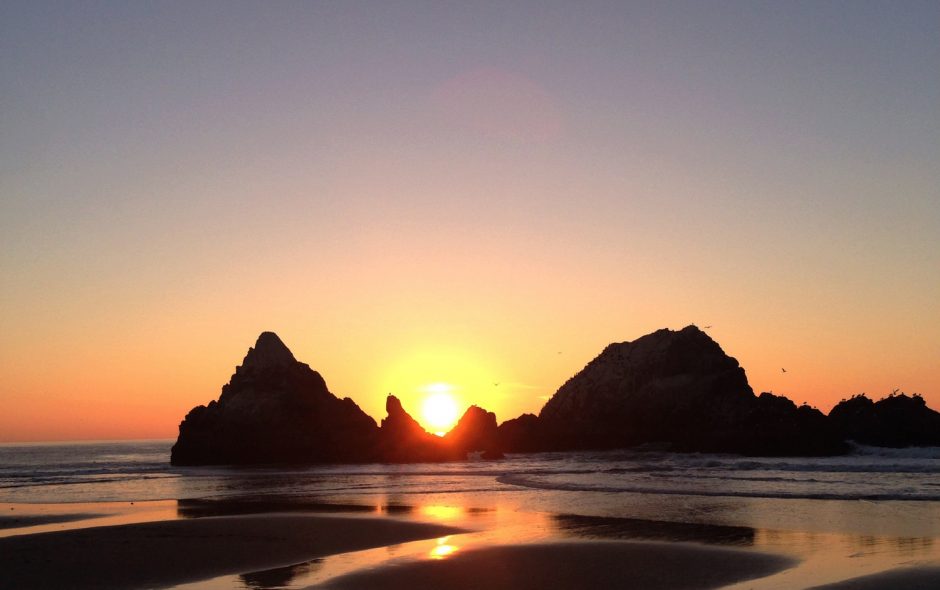 For whatever reason, life always seems to present itself in either-or scenarios. Black or white. Good or bad. Left or right. Time or money. This project or that project. Mine or theirs. Them or us. Right or wrong. Evolution or creation. Heaven or Hell…

But there’s a problem.

Life is not intended, nor was it designed, to be an endless procession of either-or propositions, filled with trade-offs and compromises. On the contrary, this life, this universe, we find ourselves hurling through at millions of miles an hour, is overflowing with abundance and diversity. And the secret that so many of us fail to recognize is that this abundance is real, tangible, and waiting in every moment, if only we’re willing to look for it.

The sad part is that we’re programmed from the moment we’re brought into this world that life is full of limitations. And worse, indoctrinated in classrooms for the entirety of our childhoods and young-adult lives, that there’s always and only one right answer. One way to solve a math problem, one way to write that essay, one political party to belong too, one major to choose — one way to live a “right” life.

It’s a vicious and overwhelming assembly line of social-indoctrination, pressure, and judgement.

All the while, the reality of the abundant universe we find ourselves in is buried deeper and deeper within our hearts — to a depth so far removed from our conscious selves that most of us come to believe abundance is nothing more than a myth, a fairytale, that only exists in fluffy and corny self-help books.

But the truth is, it’s not a myth. It’s real. And even better, it’s completely accessible.

The truth is, life only presents itself as a two-sided coin because we choose (or have been taught/programmed) to see it that way.

I’ve spent my entire life trapped by this mental cataracts, this linear, either-or way of thinking. And as a result, I’ve spent the majority of my life tirelessly, desperately, pounding against the walls of limitations I’ve tightly wound around my life to the point of suffocation. I’ve killed myself working 80-hour weeks because I thought it was the only way to someday arrive at the life I so desperately wanted. I’ve bottled up passions, desires, dreams, because somewhere along the way I chose the other side of those particular coins. Years of these choices, these rejections, left me utterly broken holding everything I’d chosen, but nothing my soul ever truly wanted.

And it’s sad, because, after much introspection and a conscious effort to re-frame the way I look at life, I’m finding that the key to finding abundance can be distilled down into two simple words:

I picked up the phrase from a friend who has a few quotes from Peter Diamandis on his wall. One of which went something like, “If faced with a tough either-or decision, always choose both.”

It’s such a beautiful idea. Yet I think so few people actually live it out in a meaningful way — because the honest truth is, finding the “both” in a situation is rarely easy. It almost always takes a serous investment of thought, consideration, awareness, patience, persistence and, most importantly, openness — all of which can only come from a deeply rooted commitment to the pursuit and discovery of the “both” that exists in every crossroads.

So with this philosophical foundation in mind, let’s look at a simple, tangible example of what I mean by “both.”

The sketch above is an adaptation of a very popular example about the importance of perspective, but I think it’s the perfect illustration of “both.” What you have is a three-dimensional cylinder hovering in space with it’s profile projected onto two planes sitting parallel with the cylinder and perpendicular to one another. Looking down the cylinder from the flat end, one would only see a two-dimensional circle. Looking at the cylinder from the side one would only see a two-dimensional square. This means that two people could be looking at the exact same object at the exact same time and not only see different (and blatantly contradictory) shapes, but both would be 100% right (based on their perspective). And yet, both would be 100% wrong in terms of accurately identifying the full nature of the shape.

“Choosing both” is about not settling for two-dimensional answers and, instead, earnestly seeking to find the greater, three-dimensional truth that exists in every situation.

It’s a simple example, but it draws up some profoundly deep questions that I can’t escape. I can’t help but wonder how much richer my life could be if I could, even for a moment, escape the habit of looking at life in two-dimensions. I can’t help but wonder how much richer our relationships and understanding of the universe could be if we were able to look at seemingly contradictory truths and see them not as polarizing either-or debates, but as equal truths that point to an even greater reality than we could ever hope to paint on our own.

It’s with that spirit in mind that I’ve come to believe the greatest truth about who we are and the universe we find ourselves in is found not in the black and white lines we draw between ourselves and others, but in the one’s we have the courage to erase.

And the abundant and beautiful life our hearts are ever-longing for can only be found when we’re willing to unrelentingly seek the “both” that exists in every moment.