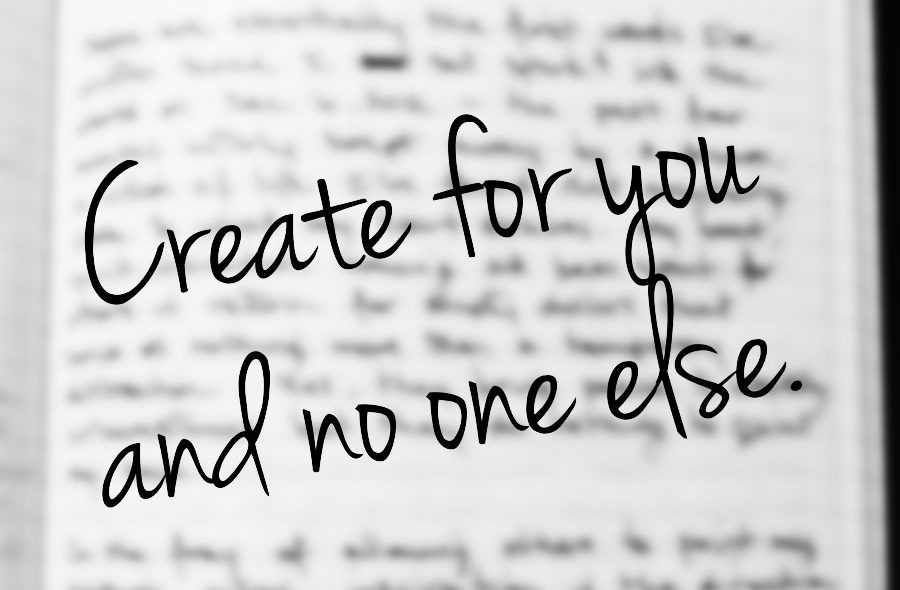 I’ve made a mistake.

I penned the essay below in my journal almost a month ago. A week before I shared my first post on this blog. I came across it last night and, after reading it, I have to admit something:

This should have been the first essay.

I don’t really know why I decided to hold these words back. Maybe I thought they weren’t good enough.

More likely I deemed them too honest — too risky.

But as I re-read them tonight, I can’t deny the overwhelming feeling that I’ve severely wronged, violated, myself in doing so. Because of all the words I’ve written thus far, the truth is these may be the realest of them all (and explain much of the reasons why I’ve begun writing this blog).

And maybe that’s exactly why I’ve been hiding them.

Hiding the truth is so dangerous, though. Especially when it’s our own hearts that are trying so desperately to uncover it. There is nothing more demoralizing for our souls, our creativity, than initially allowing ourselves to open up, only to have those expressions ultimately censored by our own fear and locked away from a world who longs so desperately to interact with it.

In an effort to protect ourselves from (possible) harm, we would rather withhold our creativity from ourselves and those who might benefit from it.

It’s so easy to forget that creation isn’t about us, it’s about us.

So in an effort to right the wrong, here are the words I was too scared to share in their entirety.

Create for you and no one else

These are essentially the first words I’ve written since I sent Spark into the world on December 6, 2012. The past four months where swept away by a dream, a vision of life I’ve found isn’t anything close to what my heart desires. My heart, spirit, inspiration having all been spent for others in return for empty dollars that serve as nothing more than a temporary distraction.

Yes, they bring peace to worldly circumstances. But they do nothing to quiet my soul.

In the fray of allowing others to point my passion, vision, inspiration, in the direction of their desires, I’ve found an undeniable emptiness of the spirit that’s longing for, demanding, my attention and devotion. In the wake of allowing the world to wring my soul out once more, I’m coming to see that the only path that leads to the freedom my soul so desperately longs for lies along the path of my own inspired creation — and along no one else’s.

The only way is to only create for myself.

No longer can I prostitute my creativity for empty steps up a ladder that is nothing more than a myth.

It’s funny how much easier it is to write hundreds of pages (Spark) about a topic one still struggles with so pathetically.  The words I’ve written constantly push me to my knees and into submission — as I know how unworthy I am to have written them.

And maybe that’s the point.

We are never worthy of the things we create because what we create isn’t ours to begin with — but a gift to the world from the universe to us, for the benefit of others.  We are nothing more than carriers, messengers — sent to relay passion, beauty, love, pain, and longing to a fleeting world, a life, that always seems just out of reach.

This is why we mustn’t let the world point our creativity for us.

We must choose our own targets.

We must listen, follow, and let go. In hopes of channeling, even for a mere fraction of a second, what ever it is that is incessantly pulling our hearts one more step forward, one more step closer to the center of ourselves, into who our deepest selves desire to be.

Create for you and no one else.